How to Implement Six Sigma Practices at Your Hotel

Do you think that your hotel is running at peak efficiency? How much more profit do you think you could earn if your operations were fully optimized? Even a few percentage points of improvement is a major deal!

You may have heard of Six Sigma and Lean, manufacturing methodologies that use statistics to drive efficiency, and felt that they didn't apply to you.

But what if they did? What if Lean Six Sigma could make your hotel more efficient, so you could use less labor to get the same amount (or more) out of your team? Even if statistics was never your thing, there's some real benefits to applying Six Sigma practices of your hotel.

So don’t flinch when we say “statistical analysis.” There's no need to be afraid! It’s much simpler than it sounds. We’ll walk you through a brief history of Lean Six Sigma, outline its principles and share some Six Sigma case studies to illustrate how it influences key metrics at your hotel -- all without sacrificing any part of the guest experience. In fact, you'll likely see improvements across the board, including with guests. This concept will help you identify root causes of declining satisfaction or efficiency so that you can tap the power of continuous improvement by leveraging six sigma tools to improve your current process.   Who wouldn’t want that?

What is Lean Six Sigma?

Tina McCrossan, Vice President Sales & Marketing at HRS simplifies this by illustrating how it can be used to improve operations and empower teams beyond the factory:

“Six Sigma is a methodology that seeks to understand the causes and effects of quality breakdowns. Six Sigma teams are taught to use techniques and tools to evaluate and determine change value, which is then measured against change cost.

Years ago, before the days of e-mails and blogs, HR departments put out suggestion boxes for anyone to bring forth ideas on how things could be changed for the better. Six Sigma is a philosophy and methodology for prioritizing, cultivating and processing those suggestions.”

Lean is a methodology focused on boosting efficiency of business processes by eliminating waste throughout the production cycle. Historically associated with factories, this methodology has become a common management philosophy around maintaining tight control over operational efficiency.

Lean Six Sigma combines these two concepts into a single management framework  which focuses on eliminating waste, reducing defects, and overall efficiency. For hotels, any process that generates an outcome that negatively impacts the guest experience is a defect. Defects usually occur because of variations in the processes.

The overall objective of Lean Six Sigma is to make processes as consistent as possible so the operation flows smoothly and there are no variations in the guest experience.

At its core, six sigma requires skills like data collection, problem-solving and data analysis.  Without these fundamental skills it's difficult to identify the holes in your existing processes and achieve operational excellence.

While structured training is critical for manufacturing professionals many other industries can benefit from sigma projects and the mindset in general even without going through the official six sigma certification and training program.  What kinds of businesses can benefit from the six sigma process? Any business focused on quality management and growing their bottom line will find value in the six sigma methodology and philosophy.

Six Sigma was popularized by engineer Bill Smith at Motorola in the 1980s and Lean by Toyota automotive from the 1940s onwards as part of its Toyota Production System.

Six Sigma is a methodology used to reduce variation and eliminate defects in business processes. While the concept was coined in the 80’s, the history of Six Sigma dates as early as 1924. Here are some of the key dates in its development:

Lean, as a paradigm for eliminating all forms of non-value-added work, has a timeline that starts over a century ago:

We promised that it would be simple -- so here it is: Six Sigma is based on a statistical concept of a normal distribution, or a bell curve. Most things in life follow a normal distribution such as human heights; a few people are really short, a few people are really tall, and most people cluster towards the middle. That's what gives it the bell shape.

These clusters are known as the mean, or where most occurrences happen. Occurrences happen less frequently as you move further from the mean in what are called standard deviations.

Your hotel has these natural patterns too - its normal distributions and its standard deviations. Think of your check-ins and checkouts -- those will cluster during certain time periods (most likely your posted check-in and checkout times) and be less frequent as you move from further from the mean.

From there, you could then drill down into the time it takes to process each guest to identify opportunities for improved efficiency. To do this, track the amount of time it takes to check-in a guest from start to finish, and then you’ll see the occurrences cluster around a mean. Perhaps the majority of check-ins take five minutes but there will be some that take three minutes and others that take seven. As those three and seven minute check-ins will happen less frequently, we’ll start to see a mathematical relationship.

That relationship can then guide your improvements, which is the objective of Six Sigma: to identify the causes of variance in operations and work towards eliminating them to deliver more consistency -- and for hotels, a predictable operation means an improved guest experience and lower overall costs.

The Principles of Lean Six Sigma

The key principles of Lean Six Sigma center around the Japanese concept of “muda,” or waste, which was at the core of the lean methodology invented by Toyota.

At your hotel, you should focus on identifying waste (and thus inefficiencies) in eight areas:

Within each of these areas lies a wealth of opportunities to kill inefficiencies and eliminate waste. Whether it's reducing housekeepers' steps, dropping duplicative steps in your hotel checklists or improving communication so maintenance doesn’t have to walk back to the front desk, each incremental improvement snowballs into major change.

Examples of Six Sigma in the Hotel Industry

Lean Six Sigma is made much easier with software, especially staff collaboration tools. One option is the integrated software suite provided by Quore, which pulls together guest messaging, facilities and housekeeping management, and staff communication into a single platform.  With technology like this on their side, staff across all departments will enjoy better prioritization, clearer communication, and happier guests.

Here’s how tools like Quore help your hotel implement a Lean Six Sigma mindset that  drives key metrics for your hotel:

Fewer redundant steps means that your staff is more responsive to guests and work on tasks that matter most to the hotel. For instance, with Quore Housekeeping, your team can get real-time room prioritization and can thus turn rooms more quickly. This eliminates waiting around for a guest to leave by sending housekeepers to the right rooms at the right time.

Guests expect to be able to communicate with hotels via whichever channel or device is most convenient. With a centralized guest messaging platform like Quore Connect, guests can easily make requests, which are then routed into Quore’s Staff Collaboration tool so requests can be handled expediently. Happier guests leave better reviews, which feeds a positive feedback loop that gives your hotel more pricing power with its rates. Better service delivery and a higher-quality product also leads to more repeat guests, building your valuable loyalty loop.

Metrics: Labor as a percentage of revenue, facilities repair cost

When you tighten your processes and eliminate wasted effort, you reduce your costs. You’re usually able to deliver the better quality service, because staff aren’t wasting their time on redundant steps (and are usually happier and less frustrated). With Quore’s facilities management tool, you’re also able to stay on top of both urgent and routine maintenance, which saves you money in the long term.

In a competitive labor environment, hotels must empower their teams with the tools they need to do their jobs effectively. By eliminating stresses, such as miscommunications that lead to a guest checking into a dirty room, Quore’s centralized staff collaboration tool keeps staff on the same page -- leading to fewer conflicts with guests (and each other!). It also offers a sense of accountability and trust, which is key to long-term satisfaction at work.

As you can see, Lean Six Sigma will streamline your operation by helping you and your team identify and fix defective processes to most efficiently allocate labor resources. Those efficiencies mean that you can do more with less.

And, since a stronger guest experience results in better, more consistent reviews, this methodology leads to stronger competitiveness in your market and more gross revenue. That’s a potent mix of efficiency and reputation, which means that you’ve got a more profitable hotel. A winning formula! 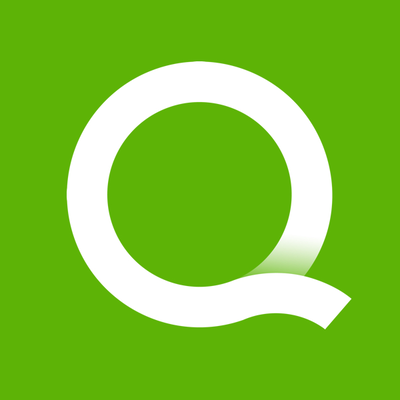 We have received your request to claim “How to Implement Six Sigma Practices at Your Hotel” and will reach out within 72-hours once you have been verified as the author and the article has been update with author citations and information.