Surge Pricing is Not the Same Thing As Revenue Management

Uber famously popularized the surge pricing model where prices increase in response to rising demand for ride sharing and taxi services.  Since then lots of rideshare company competitors like Lyft have adopted the model in order to efficiently manage rideshare networks and facilitate pick ups during rush hours by bringing more available drivers.  In this model demand increases lead to higher prices which increases the supply of drivers in real-time.

Smart revenue managers use software like Infor EzRMS to help them make better pricing decisions and even as RMS tools get more sophisticated each year it’s still critical for revenue managers to understand the fundamental principles driving the decisions of such systems to ensure sound revenue management strategy.  We recently covered this in our piece about price elasticity in the hotel industry and today we’ll dive into the history and dynamics of the massively popular surge pricing model.

Surge pricing – when Uber charges 1.5 - 8x the normal fare – was instituted to solve a supply-demand imbalance that occurred when not enough drivers were available to take home riders during peak times. Uber’s supply and demand curves are highly elastic; drivers on the supply side are people with alternative funding sources and preferences, meaning they work when they want to (and even sometimes for the competition). Some drivers prefer to work during the day, and others only work when the weather is nice. Demand also ebbs and flows, with some riders needing to get home after a night out and others needing rides for their commute at the same time every day.

Surge pricing is meant to incentivize ride-share drivers to get on the road (increase driver supply) by raising the amount of money they can make by driving during times of high demand. This dynamic pricing model also reduces demand, as more price-sensitive riders are content to wait until the surge pricing period is over before ordering their ride. In the early days, many complained that this was price gouging; however, overall this makes for a highly efficient marketplace. 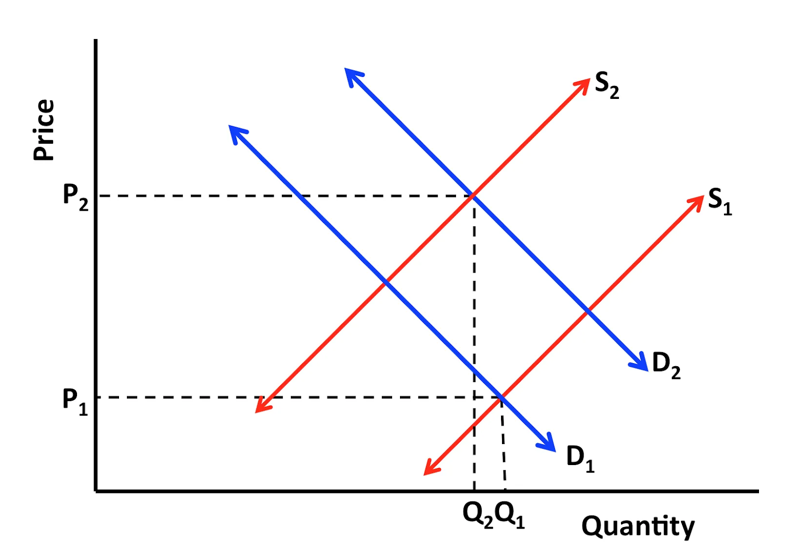 How Does Uber’s Surge Pricing Compare to Hotel Revenue Management?

Surge pricing works well because it balances Uber’s supply and demand curves efficiently. But hotels don’t have the same supply elasticity as Uber.

“One cannot build more rooms for New Year's Eve, and then take them down,” writes Bill Gurley, a venture capitalist and investor in Uber. “For a hotelier, the demand for a room on New Year’s Eve is dramatically higher than a random weekday two weeks later. With no ability to increase supply, they are left with the alternative of selling to the highest payer.”

When a hotel is forced to sell to the highest payer, it often loses out on potential revenue. For example, a hotel might sell a $100 room for $300 in peak times, while a guest’s willingness to pay might be $500. There might also be a segment of guests with a willingness to pay of $250 that the hotel is now missing out on.  Without insight from advanced segmentation or revenue science, price modeling misses some key variables that lead to higher revenue.

Hotels regularly get caught with half of their rooms empty or having sold out at too cheap a price.  Solutions like Infor EzRMS give hoteliers a simple interface that turns hotel pricing into something like a self-driving car, automatically navigating supply and demand.”

Acquisition cost is not the only variable to consider when setting a price. “Insight into costs is essential to being profitable. It establishes a price floor,” writes one expert. “However, Uber gives us an example of how limiting cost-plus pricing can be. While fares in traditional taxis begin at a base fare, calculated according to vehicle and fuel costs among other things, Uber’s overhead is only one of many variables filtered into their much hushed-about pricing algorithm. Another important factor is customer willingness-to-pay.”  Understanding profitability of each channel is a critical trait of great revenue management but what’s even more important is having a granular understanding of willingness to pay by channel, market segment, etc.

Revenue management teams seeking to replicate Uber’s dynamic pricing can do so by integrating adaptive forecasting into their strategy. Try a revenue management system to avoid the Uber fallacy and help your revenue team make smarter pricing decisions.

Hotel Tech Report is the world's largest online community for technology insights and digital transformation strategies in the massive hotel industry serving over 166,000 hoteliers each month. We arm hotel owners and managers with the tools they need to leverage modern digital technologies and solve real-world business problems.

Unique Vacations, Inc., an Affiliate of the Worldwide Representative for Sandals Resorts, Partners with IDeaS

How to Prepare Your Hotel Budget in 8 Steps

We have received your request to claim “Surge Pricing is Not the Same Thing As Revenue Management” and will reach out within 72-hours once you have been verified as the author and the article has been update with author citations and information.