Overcoming Resistance to Innovation in the Hotel Industry

As consumers living in the digital age, we’ve come to expect a certain amount of digitalization not only in isolated service areas but also between these service areas. Just think about the processes involved in booking a flight nowadays; once you’ve chosen your preferred flight and preferences on the flight company’s app, the automatic online payment— made possible because you’ve previously saved your payment details on the app—is quick and seamless. You’re then notified of your booking via a digital invoice to your email account. You may not realize it, but in this process you’re experiencing the cross-digitalization of three different service areas – air travel, banking, and personal communication. If just one of these services hadn’t been digitized, the whole process wouldn’t work anywhere near as smoothly as it (usually) does.

The need to innovate the hotel industry

There are several reasons why the hotel industry needs to innovate, and hotel tech companies are often quick to suggest that modern hotel guests expect their hotel experience to be brought in-line with the digital expectations of other service areas. This is likely true, according to a survey conducted by ITB Berlin and Travelzoo, one in every two respondents said they want smart hotel rooms that automatically adapt to personal preferences by 2030. But, how will innovation actually benefit hotel businesses? And what does this mean for hotels that don’t?

One of the biggest disruptions to the hotel market has been the introduction of a credible rival. Airbnb really changed the playing field for the hotel industry, offering guests the opportunity to experience living more like a local than hotels ever could. Sudheer Thaker, the co-founder of HelloShift, states that “Airbnb is a classic case of disruptive innovation: an innovation that creates a new market and in a few years, moves to an existing market to disrupt”. This new technology company has introduced a rival business model that, especially since its expanding its appeal to more high-end customers, draws from the same pool of potential customers as the hotel industry. What’s worse, Airbnb cuts back on many of the overheads that hotel businesses need to contend with, allowing independent hosts to undercut the price of staying at a hotel. The disruption caused by the introduction of Airbnb and similar businesses was a sign that the hotel industry needed to up its game, but until now relatively little has been done.

Hotel tech enables the hotel industry to go beyond the bounds of Airbnb and similar business models, creating new USPs that redefine what it means to stay at a hotel. The digital experience—ordering room service through in-room tablets such as SuitePads, centralized in-room controls, the use of big data to provide personalized services, and potentially much more—is something that will make prospective guests choose the hotel experience over the Airbnb experience. It’s this redefinition that will drive the future of the hotel industry, offering guests an experience they can’t get anywhere else, and one that they’re willing to pay for.

The adoption of new technologies will also spark healthy competition within the hotel industry again, further driving innovation. Those who embrace this new culture of technological change will likely benefit, while those that don’t are likely to be left behind. A good case study of how a lack of innovation led to the split in a business area is the smartphone market.

If you’re older than thirty, you might remember the cell phone company Blackberry. Up until around 2010, Blackberry had a reasonable share of the cell phone market in the US, with then-President Obama refusing to use any other device. But nowadays, you’d be hard-pressed to find a Blackberry in most cell phone stores. Why? Because Blackberry didn’t innovate and was too slow to react to market changes when faced with innovative competitors. When Apple brought out the iPhone, it was a sign that Blackberry’s mini keyboard was soon to be obsolete, but the company didn’t take the hint and continued to use this design. Full touchscreen phones soon became the industry standard, and Blackberry’s market share fell off a cliff edge. Blackberry also refused to adapt its operating system to bring it in-line with Google’s Android OS, essentially sealing their fate as a cell phone from times gone by.

The story of Blackberry’s demise is one that should be heeded by hotels who question the benefits of technological change. They should ask themselves, would they rather be an iPhone, or a Blackberry?

The hotel industry resists change every step of the way

The last decade or so has seen the development of a whole host of innovations for the hotel industry. Digital guest directories, in-room tablets, mobile self-check-in and -out, chatbots, and even robot receptionists have all been developed for specific use in the industry, so the innovation is there! Why then are so many hoteliers and hotel businesses tentative about adopting it? The three main reasons are suspicion of new and untried technologies, high costs, and a lack of infrastructure.

Let’s start with suspicion of new and untried technologies. The hotel industry is currently at a crossroads with regard to entering the digital age. The eminent professor of communications, Everett Rogers created the Diffusions of Innovations Theory, which states that adoption of technology within a market takes place in five stages – innovators, early adopters, early majority, late majority, and laggards.

The adoption of many hotel technologies, including in-room digital guest communication devices like SuitePads, is currently at a point between the innovator and early adopter phases, meaning that a large proportion of the market is still waiting to see how these devices perform before they adopt it for themselves. Together, innovators and early adopters only make up about 16% of the market share and tend to be the more innovatively-minded of these businesses. Their strategy for early adoption is usually based on a high risk to reward ratio, but if the technology they adopt succeeds, they’re the ones that are likely to become future industry trendsetters. Those that are waiting to see how the introduction of new technologies in the hotel industry plays out tend to have suspicions about the benefits that it can bring, but this is to be expected. Taking a cautious approach to new developments in the market is good business practice as it mitigates the risk of exposing the business to potential risk.

Another major barrier to the adoption of new technology in the hotel industry is the cost of innovating. The hotel industry is extremely susceptible to fluctuations in the market due to seasonal downturns, high staff turnover rates, as well as intense competition for prices. In addition, once all the overheads are accounted for—rental fees, staffing costs, maintenance costs, possible franchising and management fees, and investor payouts—there’s often very little left. This leaves very little for hotels to spend on new technology, especially for smaller hotels that don’t have the financial clout of Marriott or Shangri-la. This means that the threshold at which hotels adopt new technologies is usually higher than in other industries because hoteliers need to be sure that the technology they’re installing isn’t going to ruin them financially. Based on this rationale, the industry is more prone to taking a “wait and see” approach.

The last reason that many hotels are slow to adopt new technologies relates to infrastructural limitations. Maximizing the benefits of some of these new features such as integrated room controls or seamless PMS integration could require digital or even physical infrastructure changes. For new-build hotels, the physical structural requirements such as the network cabling required for high-speed broadband or centrally automated room controls aren’t such a huge investment. But, for older hotels, especially those that are listed buildings, installation can be expensive or even impossible. In addition to the costs of installation, the disruption that this kind of work causes could affect the hotel’s ability to maintain a steady income. Similarly, effective PMS integration with new digital solutions is something that all hotels desire, so hotels are unlikely to adopt technologies that can’t be integrated with their existing systems.

The emotional reactions to the introduction of new technologies, usually in the form of suspicion and caution, are common when new technologies are introduced into new markets. To help overcome these, it’s important for the drivers of innovation to understand that running a business—especially in the hotel industry—is a highly emotional line of work. Hoteliers have other people’s livelihoods in their hands, the responsibility of ensuring they retain the authenticity of the customer experience, and may even have a personal connection to the hotel itself. These are all factors that hotel tech companies need to take into account when proposing their products and services to prospective customers. By operating with a policy of openness, clarity, and good expectation management with regards to what their product or service can bring to the market, hoteliers will be in the best position to make the right choice for their hotel’s specific business model.

The financial aspects that hotels face regarding the introduction of new technologies also need to be taken into account. The hotel industry doesn’t have the same allocation for innovative solutions that some other businesses areas have due to the considerable overheads. Hotel tech companies need to adapt to this, providing evidence of the tangible benefits that their solutions can bring such as return on investment, added value, and elevated customer experience.

As hotels become more technologically advanced, the need to install new infrastructure may also increase. Convincing hoteliers that a solution will be beneficial is even more difficult if it then requires them to shell out huge amounts for new infrastructure. Hotel tech needs to be introduced at a steady rate, with companies proving that they can get the basics right before requesting larger financial investments and increased trust from hoteliers.

Trust and collaboration is key

Overcoming change isn’t about forcing hoteliers and business owners into adopting technology by fear-mongering about what will happen if they don’t. It’s about building trust in the long term by endorsing business practices that are clear and honest, and providing solutions that help hotel businesses grow and develop. By building trust, the hotel technology sector will garner confidence from hoteliers, helping the industry move past the “innovators” and “early adopters” stages, enabling the hotel industry to redefine itself from newly emerging disruptive competition markets and further driving innovation through close cooperation. 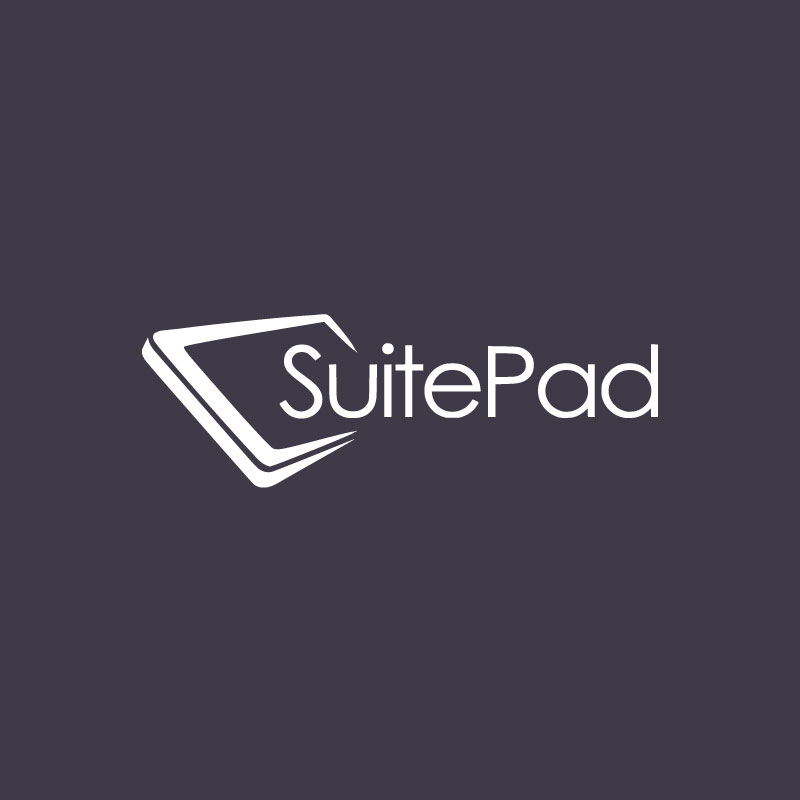 We have received your request to claim “Overcoming Resistance to Innovation in the Hotel Industry” and will reach out within 72-hours once you have been verified as the author and the article has been update with author citations and information.